Over 100 enthusiastic paddlers took to the River Exe for the Exe Hammer Challenge on Sunday 16th September 2018, bringing a huge display of colour and action to the Estuary. The start line was located at Topsham Quay where glimpses of sunshine lit up the participants as they began the 10km stretch downstream to the finish line off Exmouth seafront. The event drew a crowd of spectators to the seafront to cheer on the finishers as they dashed onto the beach with their boards to complete the race. Competitors and spectators enjoyed a glorious afternoon on the seafront as the sun set on the after party where participants gathered for drinks and the official prize giving.

The paddleboard armada’s course ran towards Turf Locks and Starcross then out through the mouth of the River Exe and on to the landing on the beach of the new Watersports centre off Queens Drive. Participants faced a strong headwind as they turned the first corner and paddled away from the Goat Walk in Topsham. The front of the fleet was quickly dominated by the more experienced paddlers who used the river’s topography to gain extra distance on their rivals despite the challenging wind.

From the start, it was clear that previous Exe Hammer winner, Paul Simmons from Salcombe was a strong contender. However, 6 x British National Champion, Ryan James too the event to the next level. Sticking hard to his line and focused on perfecting each stroke, Ryan took just 60 minutes to complete the challenge. He led by a clear 200 metres to finish ahead of Paul Simmons who took second in the men’s category, followed closely by Youth competitor, Ben Pye

A really impressive performance from Marie Buchan, the last 3 years winner in the ladies’ category took Gold again this year, finishing just a few minutes behind her partner, Paul Simmons and 6th overall.

The Round Nose class was won by Adam Barnett with local Nick Tate 2nd & Steve Sharpe 3rd. The women’s category was a very local podium with Rachael Debrijevic 3rd, Katie Hooper 2nd and Bernie Rhodes 3rd. “The race was a really tactical challenge set amongst fantastic natural beauty; we are really fortunate to take part in this unique race on the Exe.”

The finish line was lined with spectators cheering the competitors on and enjoying the high-octane action as the paddlers tried to surf the waves in, carry their boards and run through the finish.

There was an incredible vibe throughout Exmouth as everyone celebrated the triumph of finishing the race- an onshore wind with a mixed sea state made for another memorable ‘Exe Hammer Challenge’. While competitors enjoyed the local ale provided by Hanlon’s Brewery, the paddlers sat in the best restaurant in Exmouth – ‘Exmouth Beach’! with sand between their toes, as they reflected on the challenge, eating fish and chips that had been hand-delivered and made by Rockfish Exmouth.

Exe Hammer 2018 from Edgewatersports on Vimeo.

Commenting on the event, Edge Head Coach and World Champion kite surfer, Steph Bridge said: “Between us we have decades of experience in teaching people how to safely enjoy watersports and get the most out of their time on the water, and we are pleased so many people took part and joined in another fantastic Exe Hammer Challenge. We hope to encourage even more people to come and try out what’s on offer in Exmouth.”

Peter Quincey, Director of Grenadier, said: “We were delighted to sponsor the Exe Hammer Challenge this year. Keeping fit and having more time to enjoy outdoor activities is really important to people and the Exe Hammer is a wonderful example of a local opportunity to do just that. It’s also an event that’s inclusive; as well as a handful of impressive elite paddleboarders, there were also local people of all ages and abilities taking part, including one of my fellow directors, Matt Gingell. Steph and Eric Bridge of Edge Watersports organised a stand-out event and we encourage everyone to put a note in their diaries to take part in 2019.” 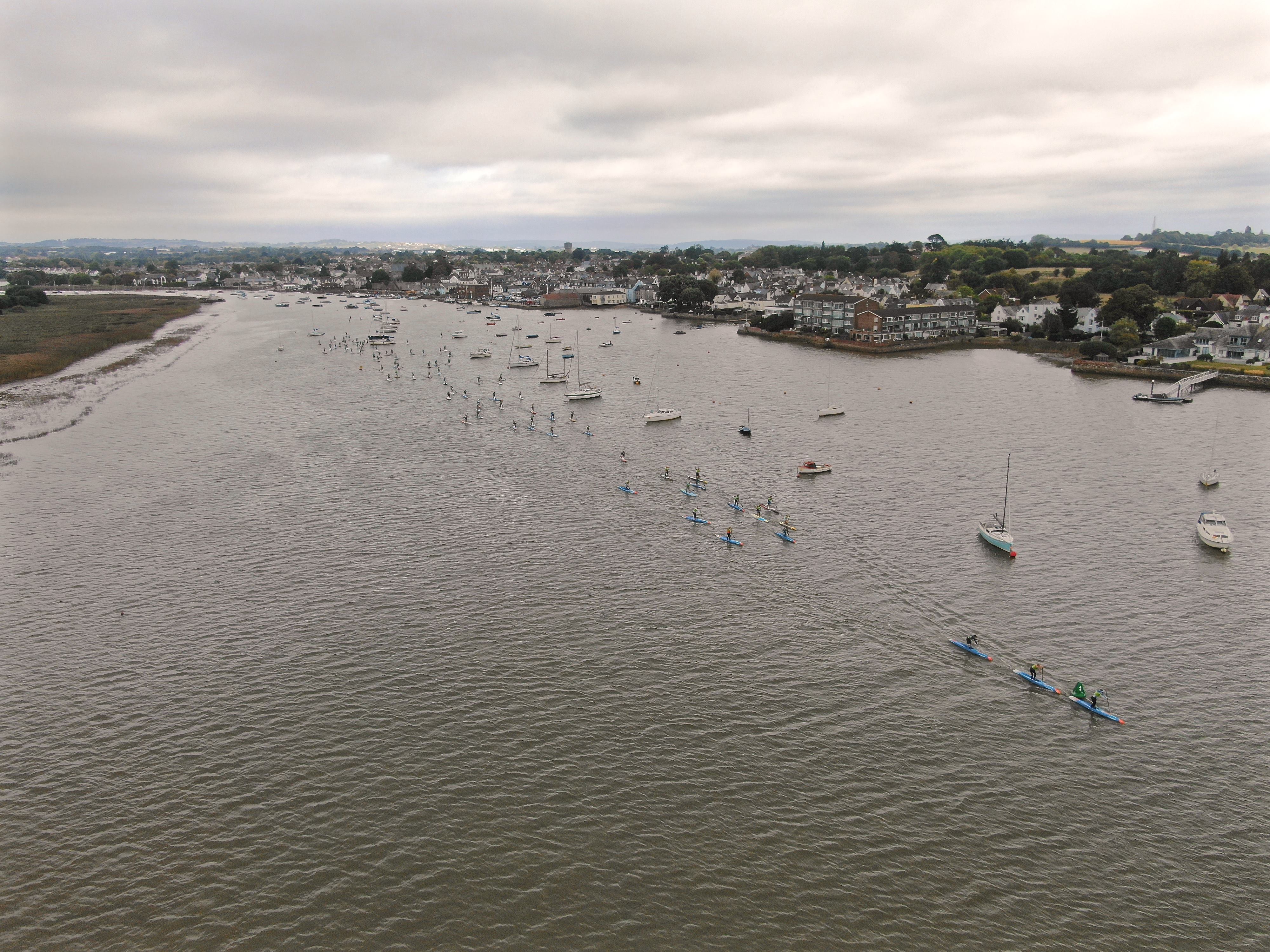